Dr. Fauci and all of the virologists and epidemiologists and doctors have studied diseases and vaccines for their entire lives, so I listen to them and I urge you to do the same. None of us are going to learn more than them by watching a few hours of videos. It’s simple: if your house is on fire, you don’t go on YouTube, you call the damn fire department. If you have a heart attack, you don’t check your Facebook group, you call an ambulance. If 9 doctors tell you you have cancer and need to treat it or you will die, and 1 doctor says the cancer will disappear, you should always side with the 9. In this case, virtually all of the real experts around the world are telling us the vaccine is safe and some people on Facebook are saying it isn’t.

In general, I think if the circle of people you trust gets smaller and smaller and you find yourself more and more isolated, it should be a warning sign that you’re going down a rabbit hole of misinformation. Some people say it is weak to listen to experts. That’s bogus. It takes strength to admit you don’t know everything. Weakness is thinking you don’t need expert advice and only listening to sources that confirm what you want to believe.

cjheinz
reply
Uncle Joe should appoint the A-man to head a Commission to Combat Misinformation.

pinksquirrel
reply
I love this. 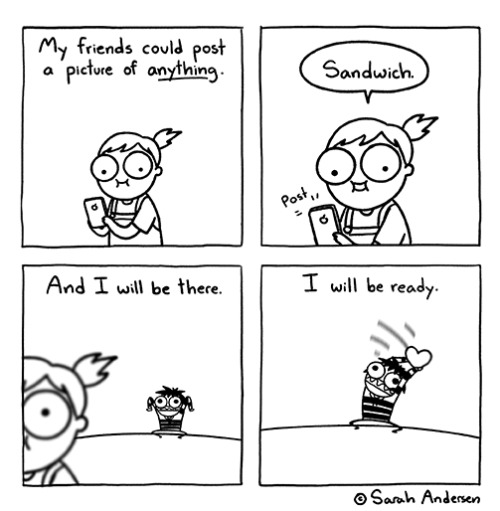 alexjurkiewicz
reply
wow. So Obama didn't have a website in 2008? The (recent) past is a foreign country.
Sydney, Australia

jeremyarc7
Obama wasn’t a challenger in 2008. Bush was not running for re-election so there was no incumbent to challenge.

OrionNM
Obama wasn't running against an incumbent, so he wasn't a challenger. The examples of challengers with websites losing are Dole ('96), Kerry ('04), and Romney ('12).

He also broke the streak that incumbents with websites are unbeatable and Delawareans can't win, creating a new precedent: Only someone from Delaware can defeat an incumbent with a website.

Donald J. Trump paid $750 in federal income taxes the year he won the presidency. In his first year in the White House, he paid another $750.

He had paid no income taxes at all in 10 of the previous 15 years — largely because he reported losing much more money than he made.

We got him this time for sure.

I have written before about the hidden dangers of unstructured or “flat” organizations. A microcosm of the structure wars is the debate over whether Open Source software projects should adopt explicit codes of conduct. These codes, if not an introduction of true structure, are at least the imposition of a “social API” of sorts.

One objection I’ve seen raised to codes of conduct is that we shouldn’t discriminate against people who write good code but who happen to be assholes. After all, as the argument goes, not everyone is blessed with social graces. And if we exclude those people, we will miss out on their essential technical contributions.

With regard to this argument, a study out of Harvard on “toxic employees” seems apropos:

A worker in the top 1% of work productivity could return $5,303 in cost savings, while avoiding a toxic hire could net an estimated $12,489.

…a large and growing body of research on positive organizational psychology demonstrates that not only is a cut-throat environment harmful to productivity over time, but that a positive environment will lead to dramatic benefits for employers, employees, and the bottom line.

Although there’s an assumption that stress and pressure push employees to perform more, better, and faster, what cutthroat organizations fail to recognize is the hidden costs incurred.

These studies are from the realm of business, but it doesn’t seem like too much of a stretch to suggest that the effects extend to volunteer associations as well.

And then there’s this. A new study has found that in a medical setting, rudeness might literally kill:

…a rude comment from a third-party doctor decreased performance among doctors and nurses by more than 50 percent […] “We found that rudeness damages your ability to think, manage information, and make decisions,” said Amir Erez, an author on the study and a Huber Hurst professor of management at the University of Florida. “You can be highly motivated to work, but if rudeness damages your cognitive system then you can’t function appropriately in a complex situation. And that hurts patients.”

This is consistent with what I learned from reading Thinking, Fast and Slow: the human mind draws from a single well of energy. This energy can be sapped in many ways, and processing negativity is one of those ways. Having an asshole in the room doesn’t just raise the bar to entry. It ensures that everyone who has made it into the room won’t be working at their full potential.

Whenever I hear that it is simply impractical to exclude contributions based on social, political, or ethical objections, I think about September 27, 1983. That’s the day Richard Stallman decided that the sociopolitical structures behind the software of his day were morally untenable, and launched a project to replace every single line of code he and others made use of with Free Software.

Discarding millions of lines of existing code. Excluding all of the brilliant programmers who were working within the confines of Free-Software-unfriendly organizations. Clearly, this project was doomed from the start.

And yet here we are, decades later, and this article was almost certainly delivered to you with the help of Free Software. Free Software powers millions of servers, phones, and devices. The GNU replacements for the classic UNIX utility stack, re-written from scratch to satisfy ethical constraints, are widely regarded as being superior to the ones that they replaced. Amazingly, counter-intuitively, rejecting existing work and existing contributors did not render the Free Software movement dead on arrival.

More recently Stallman himself has resisted codes of conduct, and has conducted himself in a way that contributes to exactly the sort of unsafe environment that codes of conduct seek to avoid. Should he be given a free pass because of all his contributions?

I argue no, he shouldn’t. If there are three things that Stallman showed the world, they are: 1) software has political and ethical implications; 2) a software movement built on ethics can survive and even thrive; and 3) eschewing people’s contributions on ethical grounds is no obstacle to progress.

I am starting to think that the greatest taboo in software development isn’t writing GOTOs, editing code in production, or even using tabs instead of spaces. No, the most dangerous, terrifying, unspeakable idea in programming is this: the suggestion that we—and all of the code we’ve written—might be replaceable.

The basic story behind this book is so beautiful, so perfectly Trumpian:

Woodward writes his first Trump book in 2018 and never gets to speak to Trump. Book comes out and makes Trump look bad. Trump is furious that his staff didn’t hook him up with Woodward because he thinks if Woodward had interviewed him, he’d have charmed Woodward and looked better in the book. So, next book, Trump’s staff listens to the boss and Woodward gets 18 interviews with Trump. 18! Woodward, famously, records all of his interviews for all of his books. Trump, of course, said all sorts of damning stuff to Woodward because he’s an idiot.